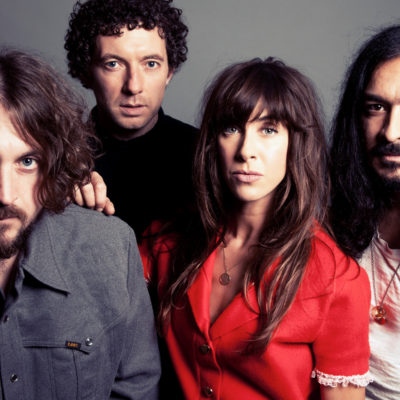 Legendary Liverpool band The Zutons have reunited for 2019, coinciding with with the 15th anniversary of their seminal album 'Who Killed The Zutons'.

The album, which spawned the hit singles ‘Pressure Point’, ‘Remember Me’, ‘Confusion’ and ‘You Will You Won’t’, was first released in 2004 to critical acclaim, a Mercury Prize nomination, and went on to sell over 600,000 copies (Double Platinum) in the UK alone.The band recorded a further two albums, ‘Tired of Hanging Around’ (including their song ‘Valerie’, which has become one of the biggest songs of this millennium) and their last album ‘You Can Do Anything’ in 2008.

After 8 years apart, the band reformed for a one off fund-raising show in 2016 in celebration of their close friend, Kristian Ealey, which sparked conversations at the time about possible new shows and new music.