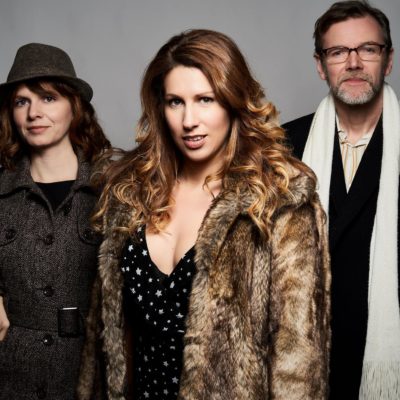 As one half of The Havenots (with Liam Dullaghan) she was signed to indie giant Cooking Vinyl Records, releasing an acclaimed album, and performing at some of the UK’s major festivals and more impressive venues.

Since the launch of her solo career in 2015 Sophia has set herself a punishing schedule, touring wherever possible, and releasing an EP (The Paper Thin EP, 2016) and an LP (Bye Bye, 2017).

In 2018 she recorded and released a series of EPs exploring her musical roots, covering artists she both admires and shares a little history with, and in doing so has expanded both her repertoire and her understanding of other songwriters stylistic quirks.

There have been some outstanding interpretations of songs by Kasabian, Chrissie Hynde, Ray Davies and Damian Albarn, Madonna, The Bluetones  and even Queen.

"Marshall’s voice is strong and distinctive, drawing to mind artists such as Jewel or Gillian Welch… on a par with the best of Mazzy Star.” - Music OMH