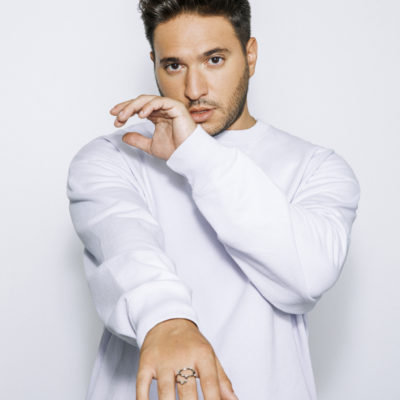 In an era of slow building careers, Jonas Blue is an anomaly. In just three years, the five times Brit Award nominee has become a pop powerhouse, a globally successful songwriter, producer and performer with more than 6 billion streams and 35 million singles sales to his name. He could have stayed a singles artist, continuing to add to his armoury of platinum-plated, global hits and seeing his reputation as a songwriter, producer, DJ and talent-spotter soar.

Blue, his debut album which was released in November last year, was his chance to push the envelope further, to take fans on a journey and to expose even more fresh talent from around the world. 15 songs feature 21 guest artists. Alongside seven huge hits are eight brand new tracks that take Jonas Blue in to new territory, that mix and match guests with explosive results, that prove that the man with the Midas touch is only just getting started.

Having scored one of the summer’s biggest global hits with the irrepressible Rise, featuring the former Vine sensations-turned-chart newcomers Jack & Jack, Jonas Blue owned the autumn with Polaroid, his long-rumoured collaboration with Liam Payne. But in true Jonas style, he threw a surprise in to the mix in the shape of Lennon Stella, the Nashville TV series actress making her pop debut.

Blue opens with the celebratory Drink To You, featuring Zac Abel. It’s a ‘cheers’ to the fact that Jonas Blue resolved to make an album, a bottoms up to him doubling down. The album ends with Fast Car, the debut single that sent Guy’s career supernova in 2016.So much has changed for the man who, until 2017, was still making music in his dad’s garage, but his drive remains the same. Now with his own label, Blue Future, established to promote the new talent that he and his manager, Aaron Ross, continue to discover and with a schedule that takes him all around the world all year, Guy could be afford to sit back and take stock. But moving forward is what Jonas Blue has always been about.