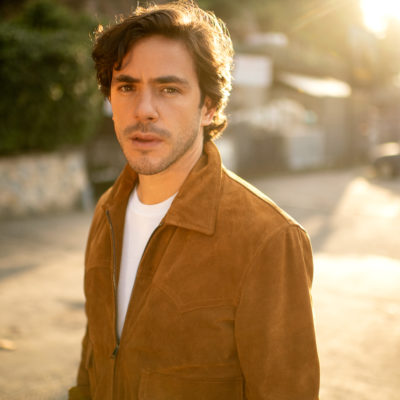 Jack Savoretti is thankful. “This is the first time I’ve made an album with a clear understanding of what I want it to sound like. Previously I’ve thrown it to the wind: show up in the studio with a song and let’s see what happens… This time there was a real discipline to the whole process. We stayed true to it”.

His fourth album Written In Scars (2015) reached the Top Ten a full year after its release, a performance of Catapult on The Graham Norton Show, well, catapulting the record into the upper reaches of the charts, pushing it to sales of some 150,000. “The luckiest thing that ever happened to me is not having a hit,” Savoretti declares, “because it’s never constrained me into having to repeat it.” Rather, he’s both liberated and propelled – which is what happened immediately after the slow-burn success of Written In Scars. Savoretti wrote, recorded and toured Sleep No More (2016) straight away.

“That kept us on the road again, three to four years. We stopped a year ago – then we got offered this John Legend European support tour. That was an experience we couldn’t say no to. “It was a very bonding time,” he continues. “We were a support band again, and it brought us all back down to earth. It was fun, we were done by nine every night, so we had dinner, a few bottles of wine and it made me decide that I wanted to make an album with all these guys on stage.”

You’d expect a guy whose rich new album Singing To Strangers features co-writes with both Bob Dylan and Kylie Minogue to be grateful, but more interestingly, the English-Italian singer-songwriter gives thanks to his heritage. Savoretti began digging in les crates for the French, Spanish and Italian music from the Fifties and Sixties – and with which, on tour, he regularly entertains his band. “Back then there was proper European music, and that has always inspired me. You’d have a crooner backed by incredible orchestras, but also with these incredible rock’n’roll-era drummers and bass players. And that gives you Serge Gainsbourg doing Melody Nelson, and Patty Bravo and Ennio Morricone in Italy.”

Savoretti describes the music on his album: “This entire album became an old collage of looking back at all the things that influenced me.”