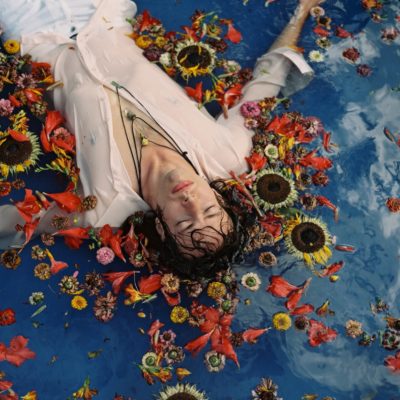 After recording an album's worth of material for Island Records that was never released, Courtney was dropped by the label. Determined to pursue a career in music, but with no income or home, he supported himself by selling cigarettes and working at PC World while sleeping on friends' sofas and in his girlfriend's car.

In 2015, Courtney released his first track as a solo artist, "Glitter & Gold", which received radio play on BBC Introducing Suffolk and by BBC Radio 1's Phil Taggert, and led to an appearance at Radio 1's Big Weekend in Exeter the following year. "Glitter & Gold" also reached #1 on the UK Spotify Viral Chart, and #2 on the iTunes Alternative Chart.

Also in 2015, "Fire" was featured in the Bradley Cooper movie Burnt and went on to receive airplay on American rock radio in 2016. To date, "Fire" has been streamed more than 35 million times on Spotify, while "Glitter & Gold" has been streamed more than 41 million times. Courtney played at the SXSW Music Festival in Austin, Texas, in a showcase for NME magazine in March 2016 and performed "Fire" on Conan O'Brien's TBS talkshow Conan in June. Another track, "Hobo Rocket", was included on the soundtrack of the EA Sports video game FIFA 17. In early 2017, the It's All Indie website selected Courtney as its #1 Sound of 2017.