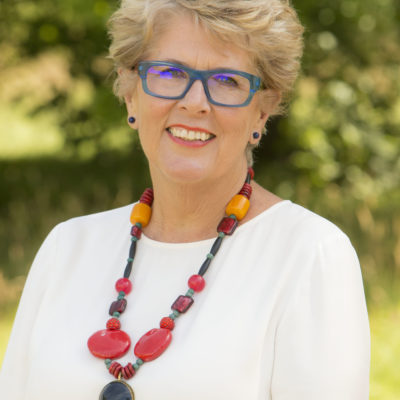 Prue is one of the country’s foremost authorities on all things culinary. She is known for her formidable business acumen, she is a born entrepreneur. Starting out as a caterer in the City of London, swiftly moving onto to owning a restaurant, which gained a prized Michelin Star.

Prue is one of the original founders of Leith’s cookery school, which has seen many thousands of students pass through its doors. Her interest in proper training and education led to involvement with endless charities to do with chef training, teaching children to cook in schools and training young people. Prue’s unremitting obsession is getting children to eat healthy school dinners. Until January 2010, she chaired the School Food Trust, a government Quango set up to help schools meet the new food standards.

Stints on television as a judge on BBC2 ‘Great British Menu’ and Channel 4’s ‘My Kitchen Rules’ have recently culminated in the prize job in culinary TV when Prue was appointed as the new judge alongside Paul Hollywood on Channel 4’s ‘Great British Bake Off.’