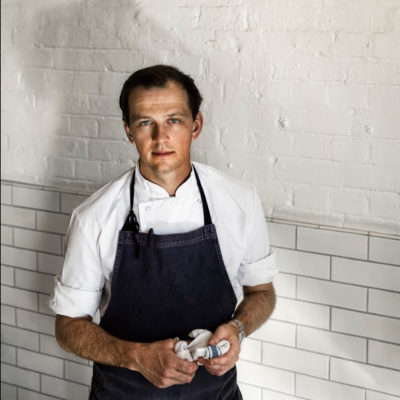 James Lowe opened Lyle’s, in Shoreditch, in April 2014. The food is British, produce-led and driven by a common sense philosophy. He was previously head chef at St John Bread & Wine for four years and started the London based chef collective the Young Turks in 2011.

He draws inspiration from a network of farmers and fishermen that he has been working with over the last twelve years. His desire is to show people, both at home and abroad, what's possible with British ingredients through his fresh approach.

The restaurant produces its own guest chef event programme under the banners The Guest Series and Game. The events aim to promote ideas and knowledge sharing within the industry, on a global level.