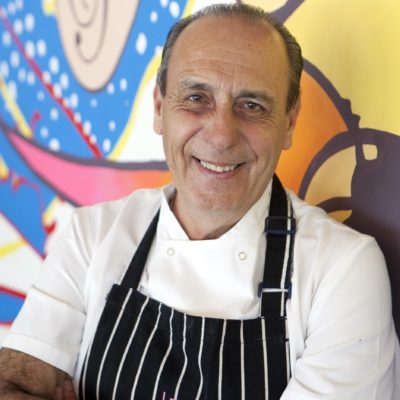 Born in Minori on the Amalfi Coast, Gennaro Contaldo is known as the Italian legend who taught Jamie Oliver all he knows about Italian cooking. His quintessentially Italian spirit and positive nature has made him a TV favourite and he regularly appears on BBC1’s Saturday Kitchen as well as his TV series with the late Antonio Carluccio (BBC2’s ‘Two Greedy Italians’) and Channel 4’s ‘Jamie’s Italy’ with Jamie Oliver.

Gennaro’s first cookbook — named after his former award-winning restaurant Passione — was originally published in 2003 (re-released by Pavilion Books in 2017) and named ‘Best Italian Cuisine Book’ at the World Gourmand Cookbook Awards as well as being shortlisted for the André Simon Food & Drink Awards. He also co-wrote two BBC tie-in cookbooks for the television series Two Greedy Italians with Antonio Carluccio.

Since 2013, Gennaro has had his own you tube food channel – this was accompanied by his Food Tube Pasta book in 2015.

Gennaro is ambassador of Citalia, the longstanding Italian holiday specialists as well as the face behind the Bertolli with Butter spread.