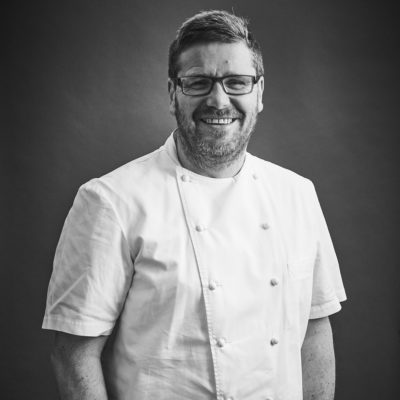 Born in Canterbury, Kent, Daniel spent the first 12 years of his career training in some of the best restaurants in the UK and France. His time with Jean Bardet in France, whom Daniel cites as his biggest influence, Simon Gueller at Rascasse and Marco Pierre White at The Box Tree, have all contributed to Daniel’s development into one of the countries most respected chefs.

Chef patron of two-Michelin starred restaurant Midsummer House in Cambridge, Daniel is widely regarded as one of the most inventive and gifted chefs of his generation. Renowned for his modern British cooking, underpinned by an unmistakably French style, Daniel reinvents British classics using the finest local produce.

In 2014 Midsummer House was voted the Best Fine Dining Establishment in the UK and the second-best rated, Fine Dining Establishment in the World by the Travellers’ Choice Restaurant awards, announced by TripAdvisor, the world’s largest travel site. Daniel has twice won BBC’s Great British Menu – once in 2012 with a memorable slow-poached chicken with sweetcorn 'egg', buttered spinach with bacon and peas, and again in 2013 with a pineapple cheesecake, coconut sorbet, pineapple textures and piña colada – and he has since become a TV regular appearing on the likes of MasterChef the Professionals and Saturday Kitchen.

Over the following few years Daniel took on the role of judge on Celebrity MasterChef Ireland, co-presenting with Dubliner chef Robin Gill and appeared in Channel 4's Burger Bar to Gourmet star, where he transformed a road side burger van owner into a budding chef; and he still regularly appears as a veteran judge on BBC’s Great British Menu.

Daniel’s passions outside of work revolve strongly around family life with his partner, five daughters and his two beloved Bulldogs. He is a keen carp angler which fills the rest of his time.